We were promised sneakers and dinner at the push of a button, and instead we got tchotchkes.

3D printing has not yet lived up to the hype heaped upon it, which we can mostly chalk up to the technical challenge of consistently printing multiple materials, and in multiple colors at once. But Stratasys, the largest 3D-printing company in the world, says its newest industrial printer does both, marking what it says is an “industry breakthrough.”

The J750 can print different materials in up to 360,000 different color shades, all in one print job. If the user is a footwear company that wants to print a prototype of a new shoe, the printer can run off the entire thing, from rubber sole to plastic eyelets, in one go. Without that ability, designers and engineers would need to continually reset their machines to print out different components, and then assemble them to get a finished product.

Beyond time saving, 3D printing allows you to create objects that can’t be created through traditional manufacturing methods, like shapes that can’t be achieved by screwing two pieces of machined metal together, or objects made from two different materials fused together. The future of manufactured goods, some suggest, will look a lot more organic because of 3D printing. 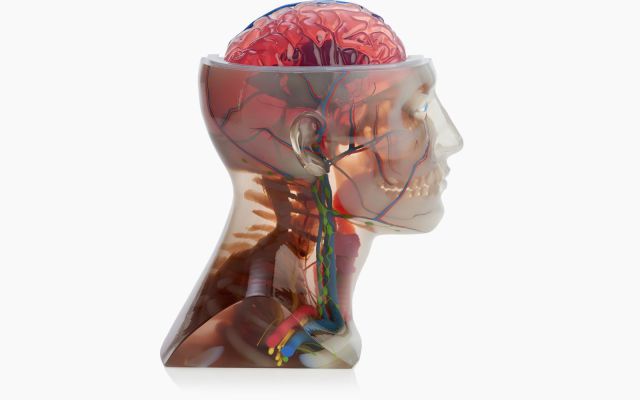 Stratasys’ printer can print this in one go: Imagine when it’s not doing this with just plastics.(Stratasys)

In the short term, being able to print out a prototype in one go means that companies may be able to bring products to market quicker than in the past. In the long term, Stratasys’ new machine hints at a future where final products—not just prototypes—can be produced straight from the printer.

Perhaps one day you’ll be able to run off a new pair of Nikes from a home printer, or a new Apple smartphone in a few hours—you’d just pay for the designs, head to the local hardware store for some supplies, and leave your printer printing while you get on with your day. After all, we already have printers that can print circuits, and machines that can tool leather—perhaps soon we’ll be able to integrate them into one machine.

Even today, the materials we’re printing with go beyond just plastics and rubber. 3D printers can print metals, organic materials like wood and bamboo, and even the building blocks of bones and human tissues. The US Food and Drug Administration approved the first 3D-printed drug last year, and research is ongoing into the construction of machines that would allow us to print out any drug, in any amount. whenever it’s needed. 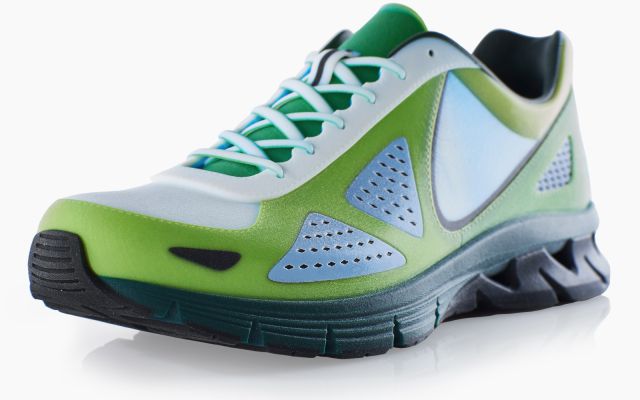 Already, we can quite easily print runny foodstuffs like melted chocolate and pancakes. (Scientists are still working on 3D-printed meat.) There have also been 3D-printed implants that perfectly match the bodies of their recipients, as well as 3D-printed human tissues that could theoretically be implanted into a person; 3D-printed organs may not be too far behind.

3D printing is starting to prove that it could be more than a fad, and actually affect manufacturing, healthcare, and even the supper table. But for now, unless you want some very uncomfortable plastic sneakers, or pancakes for dinner, you’re going to have to wait a little bit longer for that future to arrive. >> View article.